Parts of an Asian Arowana

I actually co-wrote this with James aka West providing the photographs. It was one of his earliest crossback but god knows where it is now! And I believe the club logo was derived by tracing out the outline of this crossback on photoshop!

The original writeup as below:


Asian arowana (Scleropages Formosus), as the name implies is found exclusive in Asia and has the reputation as being the world's most expensive freshwater aquarium fish.

Ancient Chinese emperors were also obsessed with dragons and their robes were embroidered with dragons. Dragons were therefore considered auspicious.

Many businessmen also believed that keeping an arowana will make their businesses prosper. In fact, the arowana is commonly known as the Dragon Fish because of the 2 barbels.

When the arowana glides through the water, its pectoral fins often spreads out, resembling a dragon in full flight. While you may have seen a dragon in books or posters, you may wonder what the terms barbels or pectoral fins meant.

The below illustration is specially designed to help you understand the parts of the asian arowana. 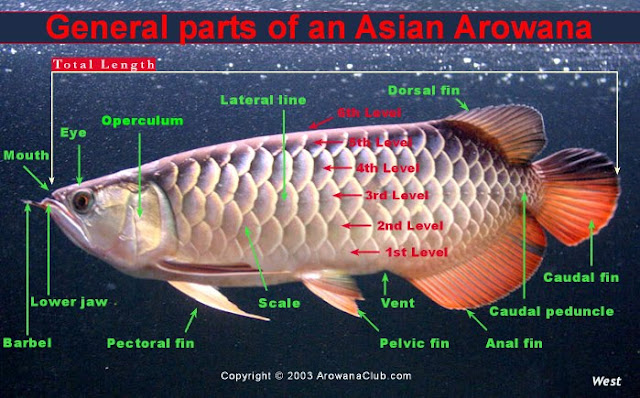