Some years back, we (ArowanaClub) organised a trip into Batu Pahat, Johor to visit Kim Kang Arowana Farm. The farm was then recently acquired by Qian Hu and we managed to secure a visit to the farm. The visit was an eye opener for me because this is the first time I am visiting an offshore farm. Now that www.arowanaclub.com is going to be shut down, I am rescuing all the articles especally those I had written. 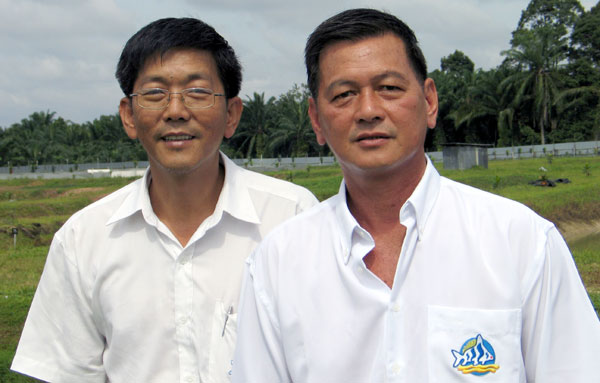 We arrived at the breeding pond where the workers were wading slowly through the knee-deep waters, covering every inch of the pond to guide the arowanas into the net. 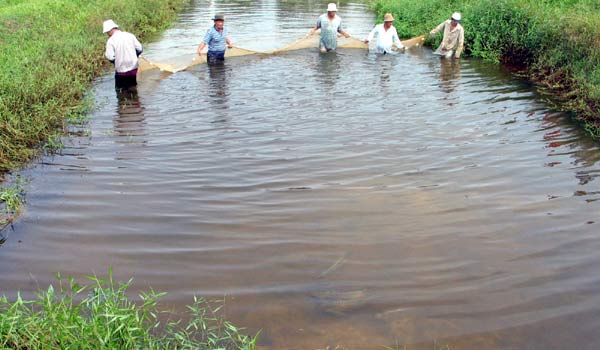 Since not all the arowanas will have fries in their mouth, each and every arowana in the pond must be checked thoroughly for fries. Using a net ensures that no arowana can escape this visual inspection. Taking a closer look into the net, we realized that this pond was actually home to about a dozen golden cossback arowanas whose sixth level scales were sparking with gold shine. 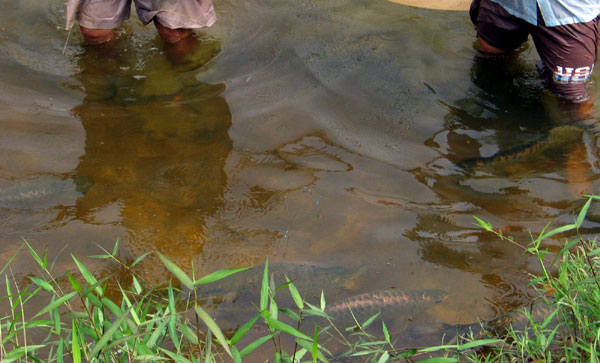 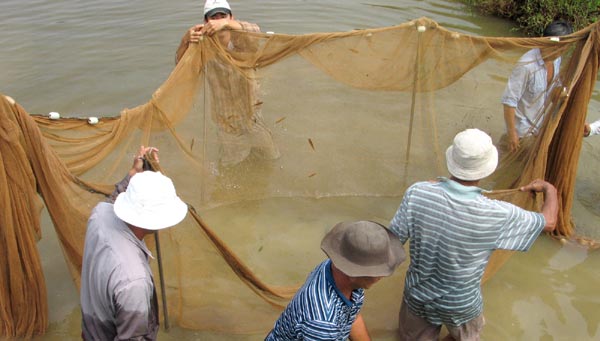 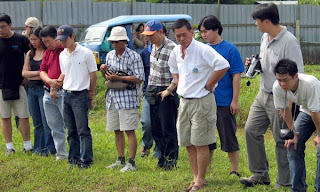 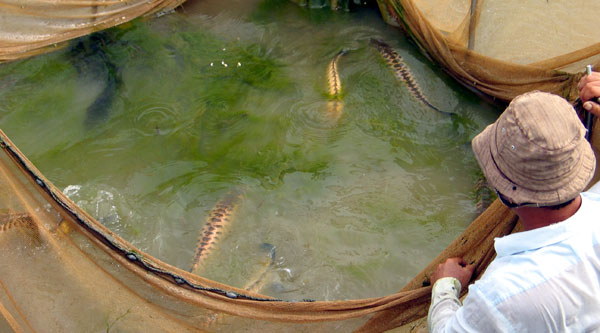 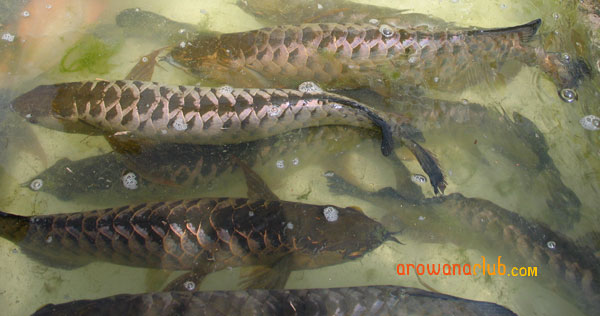 After a thorough inspection by the workers, the brooding males in the pond were soon identified. The first brooder was a 3 year old male arowana with excellent shine on its scale. This male has a big bulging jaw, suggesting that it was carrying numerous fries. This male was quickly transferred to a glass tank where the fries will be harvested. 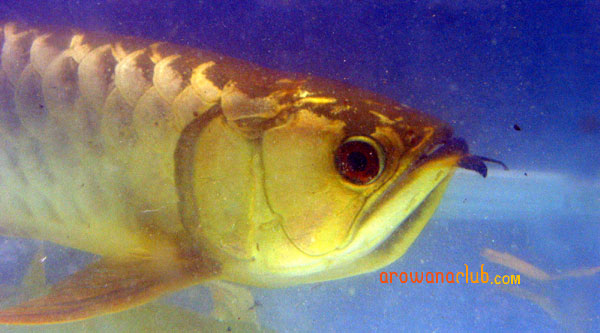 Despite some initial resistance by the arowana, Mr Goh soon got hold of the male arowana and held it firmly in his hands, ready to pry open the arowana’s tightly locked jaws. This was no easy feat as arowanas do have teeth on their jaws and can pack quite a nasty bite on the fingers. The male arowanas were also strong and jumpy and hence gloves were worn during harvesting to provide a better grip on the slimy and slippery body of the arowanas as well as to protect the handler’s hands. Then in a split second movement, the experienced Mr Goh opened up the arowana’s mouth to release 33 tiny free-swimming fries into the water! 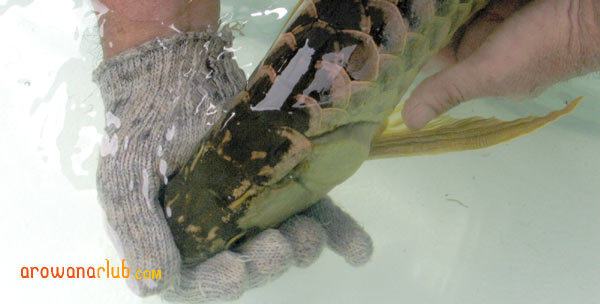 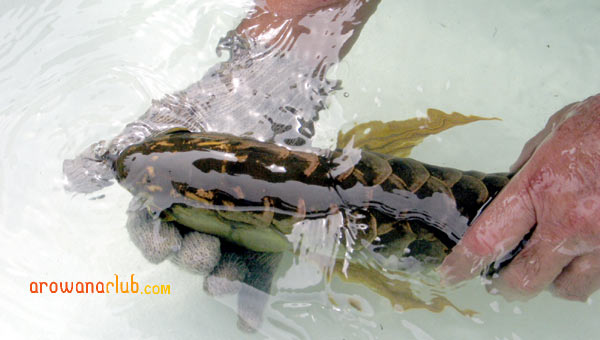 Being an experienced arowana breeder, Mr Goh held his hands tightly on the male arowana. When all the fries released, the male arowana was quickly removed from the glass tank. If Mr Goh had lost his concentration at the moment the fries were released, the male arowana might slip out of his hands or closed his jaws, injuring or even killing the fries!
A second male brooder was soon identified and this time, 27 fries were obtained. While you might think 20 to 30 fries from 1 male brooder is already an accomplishment for the farm, Mr Goh told us that some of his stronger and more capable male arowanas are producing up to 60 fries in each harvest!
Just when we thought the action was over, one worker informed Mr Goh that when the arowanas were guided into the net, 1 small fry was accidentally released into the water! Fortunately, this fry was recovered and placed in safe hands. These tiny fries will not feed for the first few days since they will feed on the nutrients in the orange egg sags. Once the egg sags are gone, the fries will be fed on a diet of both bloodworms and water insects. Had it been left in the pond, its chances of survival would be very slim. 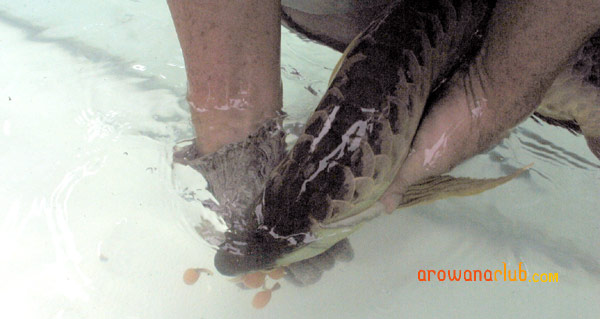 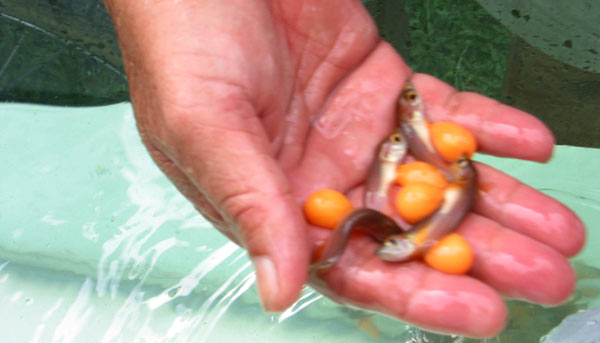 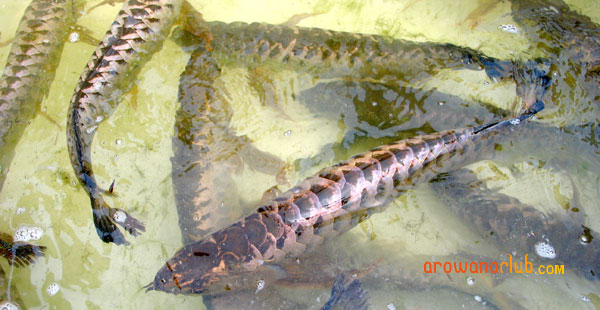 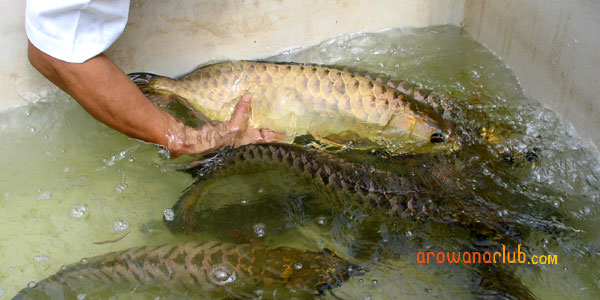 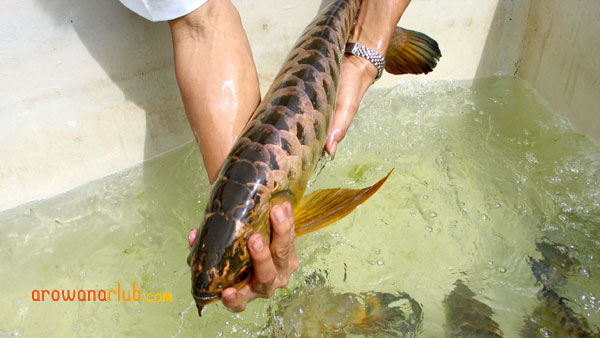 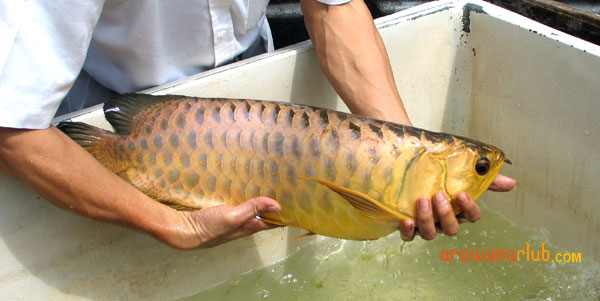 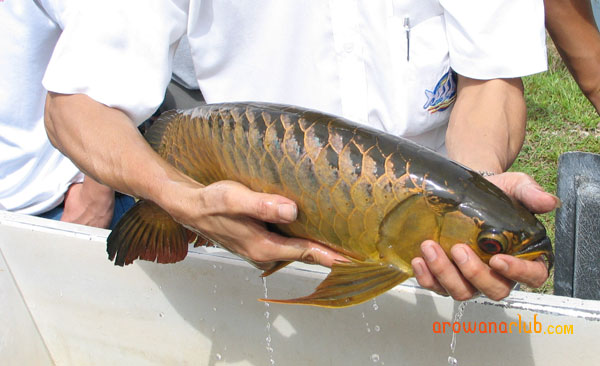 Amazingly, these crossback arowanas are extremely tame and do not jump or swim about frantically after being removed from their ponds. To illustrate how tame these arowanas were, Mr Yap caught hold of a few arowanas with his bare hands and the arowanas hardly struggled much to free themselves. Each arowana displayed beautifully craved out shiny golden scales.
We were further ushered to another big pond at the far side of the farm. This pond houses the biggest freshwater fish in the world. It is the gigantic Arapaima! 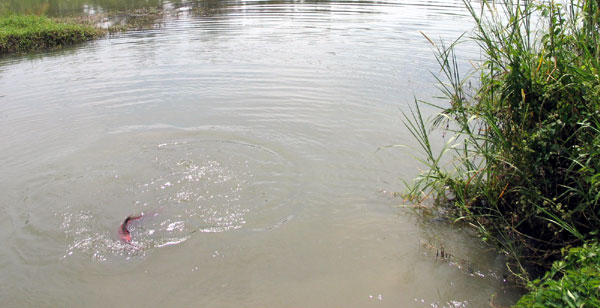 Mr Goh explained that arapaimas are able to breed on its own, each time producing up to 1000 fries! The fries do not need to be harvested manually unlike the arowanas.

Despite its monstrous size, arapaimas are quite harmless fishes and hardly attack humans. They consume their food by sucking the food into their mouth. The power of this suction power is not to be underestimated, as there was once an unsuspecting worker who was washing his hands in the arapaimas pond, he had his forearm sucked into the mouth of an arapaima! The arapaima, sensing that this was not food, quickly released the worker’s forearm! The worker suffered no injuries other than a fright but I supposed he was fortunate that the giant arapaima do not fancy human meat!

From the arapaima pond, we retreated back to the farm and viewed the arowanas in the display tanks. Among the red arowanas on display in the showroom, there was a particular red arowana that caught our eyes. This thin framed red arowana had well defined scales and it looked as if the scales were immaculately coloured by a fine paintbrush. 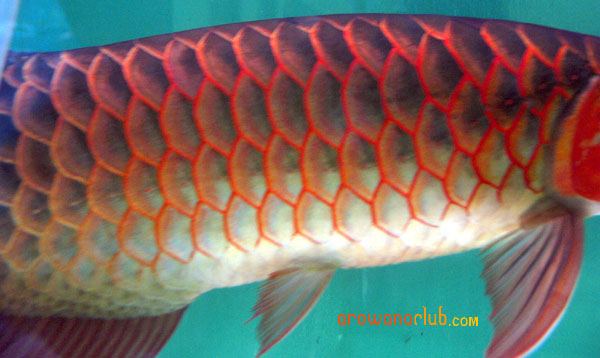 There was also a wide collection of excellent golden crossback arowanas in the display tanks. Measuring at merely 6 inches, these young arowanas were also displaying traits of their parent fish, achieving a sixth level scale shine and tiny shiny pearl scales near the dorsal fins! 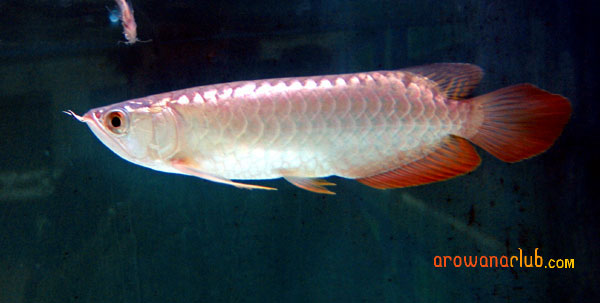 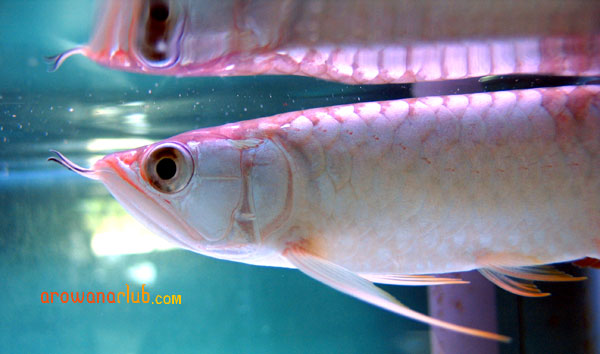 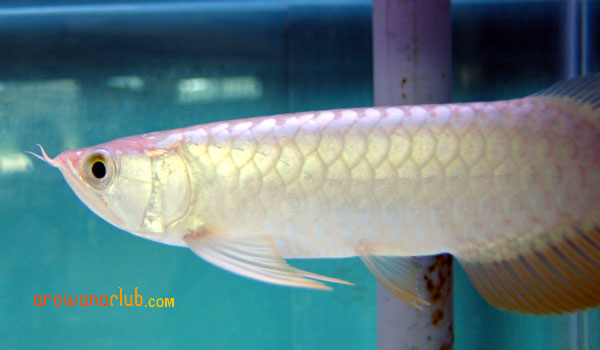 Today’s visit to Kim Kang Aquaculture Sdn Bhd was an exhilarating experience for many of us since it was probably the first time that we witnessed the harvesting process and equally amazing was the feeding of the arapaimas. Before we realized, it was time to leave the farm and head back to Singapore. It has been a wonderful day in the farm and we must really thank Mr Yap Kim Choon and Mr Goh Siak Ngan for making this visit possible. Both Mr Yap and Mr Goh were equally knowledgeable and helpful in answering our member’s queries on the harvesting process. It was indeed our pleasure to spend the day in the farm with you! 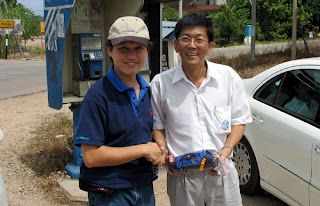 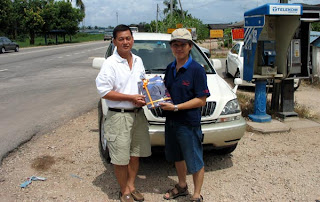