More than a million years ago, the islands of Sumatran, Java and Borneo and other smaller Indonesian islands were connected to Peninsular Malaysia on mainland Asia, forming the Sundaland. Geographical research has shown that Sundaland would include the southern tip of Thailand, the whole of Peninsular Malaysia, Borneo, Sumatra and Java.

Sea levels were significantly lower but suddenly rose during the Pleistocene. The connections to the mainland were covered by waters, leading to the formation and isolation of the islands.

Therefore, would it have been possible that the major rivers in modern Peninsular Malaysia, Sumatra, Borneo, Thailand and Cambodia were connected to form a major river system in Sundaland that hosted arowanas in its numerous rivers and lakes? As sea level rose, these rivers and lakes were disconnected when the land bridges disappeared. Could it be that the arowanas in each isolated river and lake further evolved to become the different arowana varieties that we know today? (hint: green arowanas are known to be found in Thailand, Cambodia and Tasek Bera Lake, Endau River and Trengganu drainage area). 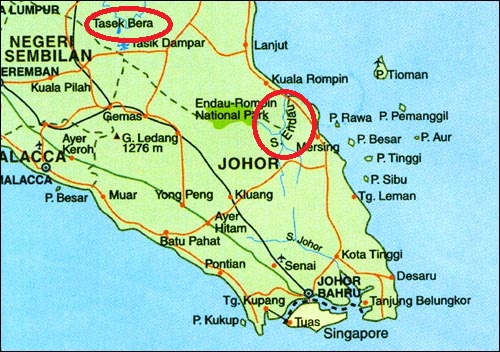